Why do we need to talk about biodiversity and packaging?

The phrase biodiversity reflects the diversity of life on This planet at all levels, from genes to habitats. And can include the genetic, environmental, and sociocultural processes that keep life going. Biodiversity encompasses not only unique, imperiled, or endangered species, but also all living things, from people to critters we know little about, such as bacteria, fungi, and invertebrates. Eco-friendly packaging options are always the best packaging options for saving biodiversity.

What is the relationship between Sustainable Packaging and biodiversity?

When it comes to increasing biodiversity, the packaging industry plays a critical role. If cartons are to live up to their reputation as a more Eco-Friendly Packaging alternative to plastic bottles, they must prioritize sustainable sourcing.

Forests are home to 80% of the world’s terrestrial biodiversity. They are also, behind the oceans, the second greatest carbon sink. The globe lost 129 million acres of forest between 1990 and 2015. The removal and deterioration of forests around the world increases atmospheric CO2 concentrations. Which is disastrous for both the climate and animals.

What Is the Importance of Biodiversity and Sustainability ?

Most areas of our life rely on biodiversity. People should adopt Green Packaging. People value biodiversity for a variety of reasons, some practical and others intrinsic. This means that we appreciate biodiversity both for what it contributes to us and for its own sake. Utilitarian values include the numerous essential human needs that biodiversity provides, such as nutrition, energy, housing, and healthcare. Furthermore, ecosystems perform critical functions such as pollination, seed distribution, climate regulation, water filtration, biogeochemical cycles, and pest control.

Biodiversity is also valuable for undiscovered advantages such as novel medications and other potentially unknown services. Humans cherish biodiversity for cultural reasons as well, such as spiritual or religious ones. The inherent value of biodiversity relates towards its inherent worth, which really is irrespective of its monetary value. This is a philosophical idea that might be defined as the inherent right to live.

Finally, the significance of biodiversity can be seen through the prism of the connections we make. And strive for with one another and with the rest of nature and is Biodegradable. We may appreciate biodiversity because it shapes who we are, how we interact with one another, and societal conventions. These interpersonal values are part of people’s individual or group sense of well-being, environmental responsibility, and connectedness. The many values assigned to biodiversity are significant because they can affect the preservation decisions that people make on a daily basis.

People have begun to dominate the earth during the last century, generating fast environmental change and significant biodiversity loss. As a result, some individuals refer to our current epoch as the “anthropocene”. Although changes and extinction events have always occurred on Earth, they are now happening at an extraordinary pace. Ecosystem loss and degradation, unsustainable land use, introduced species, contamination, or climate change are all major specific threats to biodiversity. The fundamental causes of habitat loss, such as increasing population of humans and excessive consumption, are frequently complicated and result from a variety of interconnected variables. So, there is a need for recyclable and biodegradable packaging.

We can effectively handle conservation concerns if we understand biodiversity risks and how they manifest in context. Conservation initiatives over the past few decades have made a considerable influence in the current status of biodiversity. Over 100,000 protected areas, including national parks, animal safe havens, wildlife reserves, & marine parks maintained by both governments and local groups, provide habitat for species and aid in the control of deforestation.

Whenever habitat protection is insufficient, additional conservation activities including rehabilitation, restoration, and introduced species control have had a good impact. These initiatives towards Biodegradable Packaging have been aided by ongoing attempts to strengthen green policies at the local, regional, and global levels. 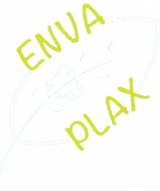 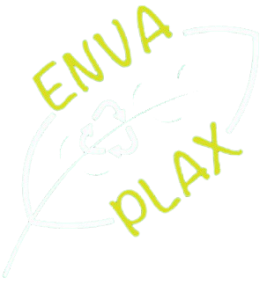